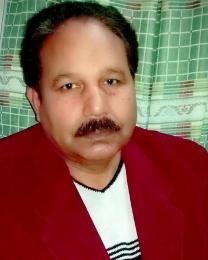 Matthew Bernard, popularly known as Matthew Mohsin  in the Urdu and Punjabi literary Circles throughout Pakistan, is a prominent Christian Urdu and Punjabi poet, writer and a literary critic. He was born on 29th May 1967 in Faisalabad in the household of Choudhery Sardar Masih, himself a prominent social and Human Rights activist and president of St. Vincent De Paul Society, Cathedral, Faisalabad.  Matthew Bernard studied at Sacred Heart Convent High School (English medium) and La Salle High School in Faisalabad and exhibited a promising literary talent very early in his educational journey. In fact his very first ashyar (rhyming verses) were written when he was in eighth class and were appreciated by his teacher Yousaf Parwaz, himself a significant name in the world of Urdu poetry. Matthew Bernard chose Mohsin* as his takhalus**, a name that has stuck well with him and now he is known as Matthew Mohsin throughout the literary world.

Mohsin's poetry has appeared in various prominent national periodicals like Catholic Naqeeb, Shadab, Shalome, Tajdeed, City Mag and Bayaaz. He is a master of similes and metaphors and very skillfully uses these and other literary tools to convey his message. Even though he writes around common themes of love and loyalty, on deeper contemplation one can appreciate the similitude he draws between common personal experiences and shared communal pains.    His poetry has found favour with a large number of readers and has earned him a prominent place among the contemporary literary elite. He is currently serving as the President of All Pakistan Christian Writers Guild, and also of Qandeel-e Adab organization (Rawalpindi). Mohsin holds a memberships of St. Vincent De Paul Society and Halqa-e Adab (Rawalpindi).

His first book of Urdu poetry, Khazan ki Mohabbat, was published in 2014, and received some very glowing literary reviews. I believe it is a valuable addition to the corpus of quality poetry produced by Christian Urdu poets. His next book, soon to be released for marketing, Bahar ki Dushmani is also a collection of Urdu Ghazaliyat. Both of these volumes are an eloquent testament that Matthew Mohsin is an accomplished ghazalgo shair whose works will make a valuable addition to the existing corpus of quality literature produced by other Christian Urdu Writers and Poets.

*Mohsin (Urdu) - n. one who does good to others

** Takhlaus (Urdu) - n. a short name used by poets in their poetry to identify the work as their original 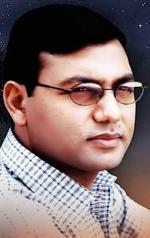 Reverend Emmanuel Nazir Mani is a writer, poet, historian, researcher, translator and a religious philosopher who hails from Bharoke, District Sialkot, in the centre of Pakistan,  a place well-known as a home of many many great Christian Urdu Writers and Poets (several of whom are mentioned throughout this website).  Since 2013 he is  serving as an Anglican Priest  in Portsmouth, England, where he resides with his wife. He is a man of many interests and being a published author and a celebrated poet are but, only, two of the many strings of his proverbial bow of abilities, interests and talents.

Mani's  spiritual pilgrimage spans years and traverses across denominations. He  studied Catholic theology and was initially ordained a Catholic Priest in  January 2001 (cathedral, Lahore). Following  his ordination  he served first as Assistant Rector, and then as the Rector at the Capuchin Formation House (Capuchin Minor Seminary Lahore). From 2006-8 he served as a co-parish priest at St. Joseph Church in Sialkot. Along with his various priestly, scholarly and social pursuits, between 2008-11 he also  presented Urdu News at Radio Vatican, Rome. He served as a  Professor at St. Mary's Minor Seminary Lahore, where he taught Liturgy, Human Development, Catechism, and History of Religious life. Later, in 2003-4 he taught History of the Church in the inter-congregational Novices program Lahore.

During his very busy priestly and literary career he has enhanced himself by attending many conferences, participating both as an attendee as well as a presenter and a teacher. Between 2002-6 he edited Capuchin Newsletter and  between 2003-8, he served as a Board member of Fortnightly Catholic Naqib, one of the oldest Christian Urdu publications in Pakistan.  His other appointments included  (memberships 2003-8) at the  Board of National Liturgical Commission of Pakistan   and a membership (2002-5) at the Board of Radio Veritas Asia, Lahore, Pakistan.  He was elected a  Member of Economic Commission of Capuchin Order Pakistan,  2003-6 and attended a South East-Asia Pacific Capuchin Conference (SAPCC) held in Philippines on 23rd of October 2000 and a  Youth Leadership Training in Malaysia, 2000.  In 2003 he  attended a workshop developing a strategy for Institutional Reforms and Rehabilitation of Juvenile Prisoners' at Lahore.

Mani has a Bachelor of Arts degree and  a Master of Arts in English Literature form the University of the Punjab, Pakistan. He was latter privileged to complete a  Licentiate in Church History from Gregorian University Rome in 2008-11. He is a very widely read man, a man of letters, in the fullest sense of the term, and in addition to learning from books and travels has years of formational education to his credit. He spent fours years  (1988-1992) in Priestly Formation at Minor Seminary Lahore followed by four years  of theological study at Christ the King Seminary, Karachi.  He then went on to spend another two years reading  Philosophy at Christ the King Seminary.

Revered Mani has multilingual proficiency in Punjabi, Urdu,  English, Italian and Latin.  His publications include the following:

In 2006 he produced a CD as  a poet of liturgical hymns, which was well received among the worshipers and in the same year he was deemed the rightful and deserving recipient of Majlas-e-Faroghe Adab award which he accepted humbly and graciously.

His soon to be published books are:

Having met Rev Emmanuel Nazir Mani and having read some of his works, I am very pleased to include him and his contributions on this website as a worthy addition. My assessment of this young priest/scholar/writer/poet/... is that he has a wealth of new ideas  waiting to be expressed. I am sure, with time he shall continue to contribute to the store of of knowledge and shall keep providing us with high class Urdu literature. 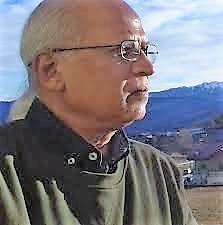 8. Christian Muslim Interaction - An important need of the hour, 8 articles 1994

12. We, the Lost People - a novel (in publication process) 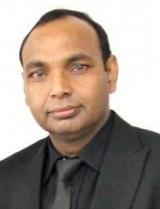 Parvez Iqbal was born on 16th January 1963 and grew up in Quetta, Pakistan. He completed his studies from The University of Balochistan in Quetta and also worked in the Government and Private Sector (national and global organisations), in the finance department.

In 1989, Iqbal received a Gold medal as Stage Compare and he has hosted many live stage shows all over Pakistan and in European countries. He has also achieved several awards, certificates and shields of appreciation for best character actor and director. Additionally, he has participated in live religious and social Mushayraa events in Pakistan and Europe.As well as being a Radio/TV host and drama writer/director, Parvez Iqbal is also a journalist who is well known for reporting for different online newspapers in both English and Urdu.

He also writes both religious and social poetry in Punjabi and Urdu and has written a book of worship songs in these languages. (‘Payraan Thallay Lehraan’) The book also contains ‘Masihee Tappay’, a typical and traditional form of singing in Punjabi. ‘Payraan Thallay Lehraan’ was inaugurated by Mrs. Asiya Nasir, MNA on 31st December 2012, in Quetta.Iqbal’s second book of worship songs, ‘Zaboor Kaay Saroor’ is currently in the process of printing and publication. Many of his Geet and Ghazals can be found on his Facebook page. Parvez Iqbal has also written his first book of social poetry called, ‘Rahat – e – Zeest’ which is in the process of printing and binding.

Some of his achievements and responsibilities include: 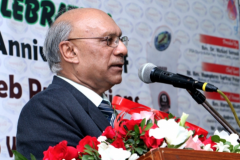 Rev. Dr Hizkiel Sarosh was a powerful preacher, a prolific poet, a dedicated church planter, a towering church administrator, a very sought-after convention speaker and a role model to many aspiring pastors.  He described himself as a Gospel Evangelist, and was once introduced to the USA audience, where he was asked to preach on a TV channel, as "a man of God from Pakistan".  His spiritual legacy, in the form of his books, articles and especially the songs he composed and set to tunes are a testimony of his unforgettable contributions to Christianity and its followers in Pakistan.  Through his ministry, he touched millions of lives around the globe.

After recieveing theological education from Full Gospel Assemblies Bible School (FGA) from 1968-1969, Dr. Sarosh served as a Bible teacher at the same institution from 1975-1998. Following that, he was promoted as a General Secretary of FGA for a few years. Later he served as its Chairman for eight years. FGA Bible School is now called Bible College.

The degrees he achieved were:

Rev. Dr. Hizkiel Sarosh died in a car accident on 8th November 2015 in Pakistan. Many were present at his funeral including members of the military, political figures, electronic and print media. He was buried in the Christian Graveyard, Lahore, Pakistan. (Gora Graveyard, Jail road, Lahore. Grave No. 555)

All the information about Rev. Dr Hizkiel Sarosh was provided by Rev. Falak Sher who stayed with Dr Sarosh for 29 years (since 1987). Rev. Falak Sher has written a book on the life of Dr Sarosh called 'Nay Ahad ka Khadim'.