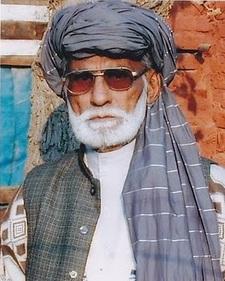 A deep social thinker, and an incisive political analyst, Ain Meem Badr Sarhadi (ع- م - بدر سرحدی)  has boldly carved his place in the realm of contemporary Urdu speaking intellectuals by publishing his treatise,Nazriya-e Qaid, reyasat aur Aqliyatain(نظریہ قائد، ریاست اور اقلیتیں ).   The meritorious status of this short but solid scholarly document is testified to by Malik Maeraj Khaild, the care-taker Prime Minister of Pakistan, in his Harf-e Awal (Preface).
Sarahdi is truly a God-gifted writer, a fact that is brought home on reading his book and  realizing that he has no academic achievements to his name nor can he produce any paper attesting to his formal education. He is very grateful to his mentors like Manzoor Rahi, and Emmanuel Zafar, Chief-editor of Haumsookhan, and gives them their due credit in his Foreword to the said book.  The other prominent Christan scholar whose help and guidance he graciously acknowledges is Father Emmanuel Assi. Although his enduring status among the CUWAP will be due to his political analyses, in his early career he did produce some poetic verses which are not in my possession as yet.
In 1955/56 one of his Ghazzals was published in Qandeel, Lahore (a weekly literary magazine, then edited by Sher Mohammad Akhtar). In that decade he tried to teach himself the art of writing and reciting poetry and he did so by  attending a  weekly event that took place in the Regal Chowk of Lahore. There he met and was benefited by his association with the greats of the field  like Allama Lateef Anwar and Kanwal Ferozepuri (now Dr. Kanwal Feroze, editor of Shadab). It was in this setting that he adopted his pen name Badr Sarhadi and published several poems and Ghazzals in several different magazines, including Qandeel and Istaqlal.
In the decade of seventies Badr Sarhadi turned his attention to writing for newspapers. His articles about political and social issues were published by nationally circulated papers among which were, Nawa-e Waqat, Nada-e Milliat, and  Sadaqat among others.  In 1985 when Separate Electorate system was introdueced for the minorities of Pakistan, Badr Sarhadi again commented on it prolifically. And later still when Mohtarma Benazir Bhutto, then the Prime Minister of Pakistan, declared that "the minorities are a sacred trust", our man again took the governmental institutions to task for unfair treatment of this "sacred trust". His articles on this particular issue appeared Nawa-e Waqat and Jang (Lahore), between March 6-14 1989.
Having read Ain Meem Badr Sarhadi's book, I have no reservation in acknowledging him as a self-made man of letters, a true intellectual and a very courageous voice of sanity among Christians of Pakistan struggling to establish their socio-political presence in the Islamic Republic of Pakistan while trying  to reclaim their full identity as citizens of Qaid's Pakistan, which was based on secularist principles.